"Researchers, engineers, and division specialists; you must ensure your own survival until an MTF extracts you from the ensuing pandemonium. Use your wit — and access cards — to survive. But be wary of the Class-D scurrying beneath you; they’ll do anything to escape their confines.

Scientists are one of the five human classes in SCP: Secret Laboratory. They spawn in at the beginning of the round in Light Containment Zone. Their goal is to escape to the Surface and survive while cooperating with Facility Guards/MTF.

"Researchers are the scientific branch of the Foundation, drawn from the ranks of the smartest and best-trained research scientists from around the world. With specialists in every field imaginable, from chemistry and botany to more esoteric or specialized fields such as theoretical physics and xenobiology, the goal of the Foundation's research projects is to gain a better understanding of unexplained anomalies and how they operate."

Scientists spawn at a one-to-two ratio to Class-D, in a randomly chosen list of rooms in Light Containment Zone. They can be identified by their white lab coats.

Scientists spawn with a medkit and a Scientist Keycard.

Their main goal is to escape the facility and avoid any other hostile faction. Facility Guards and MTF cooperate with Scientists to help them escape.

Scientists share a victory with MTF, which is won if at least one Scientist escapes and all Chaos Insurgents, Class-D and SCPs are killed.

Scientists do not spawn with any ammunition.

The scientist as he appears in-game.

Image of in-game character info for the Scientist.

Image of female scientist looting cabinets in the SCP:SL trailer. 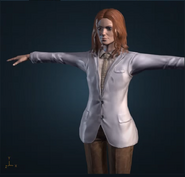 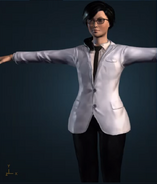 Old Scientist intro screen.
Add a photo to this gallery

Retrieved from "https://scp-secret-laboratory-official.fandom.com/wiki/Scientist?oldid=9406"
Community content is available under CC-BY-SA unless otherwise noted.