During the time of Christmas in 2018, SCP: Secret Laboratory was given a patch to change the appearance of some objects around the facility for the holiday.

The hats of both Facility Guards and Class-D were changed into those of Christmas elfs. Class-D also gained elf ears in addition to their elf hats.

SCP-173 was re-skinned to have a more snowman-esque appearance. 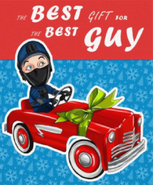 Add a photo to this gallery
Several Christmas cards and posters were placed around the facility.

Some locations and objects were given Christmas decorations.

The main menu had a Christmas tree added to it.

Retrieved from "https://scp-secret-laboratory-official.fandom.com/wiki/Christmas_(2018)?oldid=8610"
Community content is available under CC-BY-SA unless otherwise noted.